skip to main | skip to sidebar

I'm Blown Away! My Blown Covers Submission was picked! 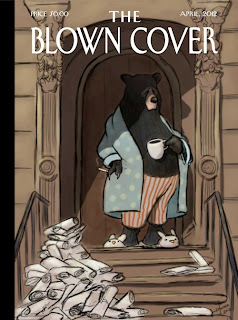 I almost fell out of my chair when I saw that my submission to this week's Blown Covers contest was chosen as the winner. The theme for the week was "Spring".
Many thanks to  Françoise Mouly and  Nadja Spiegelman for creating the Blown Covers site ... such fun for those of us who dream of actually landing a cover illustration. And, of course, thanks to Françoise for choosing my image this week! There were so many strong submissions - it was a real honor to be noticed. Her comments on the image were:


This week’s winner is “Bearly Awake” by Jack Hunter, who cleverly uses the end of winter to show the arrival of spring. I’d have asked him to remove the bunny slippers — since they’re in the center of the picture, they distract you from connecting the bear with the newspapers. Also, in this day and age cigarettes on the magazine’s cover would instantly trigger angry letters. But I like the bear’s posture and the use of shadow - well done!

Thanks again, Françoise and Nadja!!
Posted by Jack Hunter at 11:09 AM 2 comments: 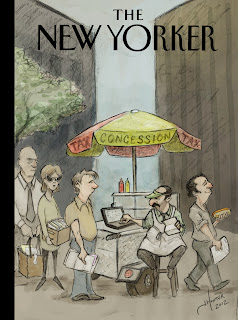 Yet another submission to the Blown Covers site. The theme for the week was "Taxes Due". Still working on cracking the Runners-Up category ...
Posted by Jack Hunter at 11:05 PM No comments: 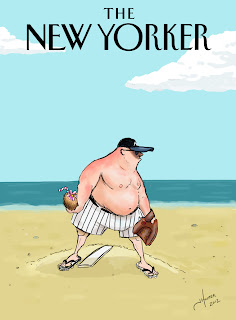 A piece I submitted to Blown Covers for this week's theme: Spring Training. I had a lot of fun with this one.
Posted by Jack Hunter at 10:29 AM 1 comment: 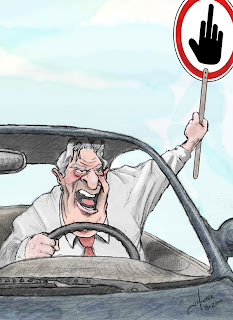 One from the archives that seemed appropriate for this week's theme. Many a time I've fantasized about having a sign like this at hand when other drivers fail to yield ... a common occurrence here in Phoenix.
Posted by Jack Hunter at 10:05 AM 4 comments: